Our School App Stay connected on the go...

The story behind our new emblem - September 2021

There were two dolphins on our shield that looked like sea horses. It came from a story about one of Edward Colston’s ships when a dolphin saved the ship in a storm. The ships were used for trading slaves from Africa. Edward Colston was a very rich man and some of his money was used for charitable purposes such as hospitals and schools.

There were two dolphins on our shield that looked like sea horses. It came from a story about one of Edward Colston’s ships when a dolphin saved the ship in a storm. The ships were used for trading slaves from Africa. Edward Colston was a very rich man and some of his money was used for charitable purposes such as hospitals and schools.

Why did we decide to change it?

Edward Colston was a merchant who was born in Bristol in 1636 and died in London in 1721. He made a lot of money by investing in the transatlantic slave trade and he held a senior position in the Royal African Company, which traded in enslaved Africans.

The transatlantic slave trade was a triangular route from Europe to Africa, to the Americas and back to Europe. On the first leg, merchants exported goods to Africa in return for enslaved Africans, gold, ivory and spices. The ships then travelled across the Atlantic to the American colonies where the African people were sold as slaves in return for sugar, tobacco, cotton and other produce. Many Africans died on the long journey because the conditions on board the boats were so terrible. The goods collected in the American colonies were then transported to Europe.

Since The Dolphin School was established, awareness about Edward Colston’s role in the transatlantic slave trade has increased.  In 2020, there was lots of support in Bristol for the Black Lives Matter movement and the statue of Edward Colston was toppled and thrown into the harbour. We wanted to change our emblem because we felt that it did not reflect our community and did not want to be linked with the historical actions of Edward Colston.

Why did we change our emblem and not the name of the school?

Pupils, families, staff and governors all voted on whether to change the name and the emblem or just the emblem. Pupils and families learned about the links between the name, emblem and Edward Colston to ensure that they were able to make an informed decision. The first vote established that our school community wanted to keep The Dolphin School name but not the emblem. Some explanations for this was that the dolphin didn’t have to represent the dolphin in the original story. Pupils and families expressed that dolphins are talented, intelligent, curious and resilient animals and that this reflected our aims as a school.

How did we decide on a new emblem?

During January 2020, pupils worked with Michele Curtis (a local artist who curated the Iconic Black Britons exhibition and The Seven Saints of St Pauls murals and trail) to discuss what elements they wanted to be part of the design. A common theme was the link with dolphins being found all over the world and this is representative of our diverse community.

The emblem now has two dolphins leaping through the oceans, represented by the waves in the emblem. This is to show that our pupils and community work together and are curious and resilient. The circle represents the Earth and our diverse community, whilst also reflecting how we are respectful to each other’s cultures and beliefs and build social responsibility within our community and beyond, for example the climate change crisis. We are really proud of our new emblem and feel that this emblem reflects the aims of the school – The Dolphin School pupils are ‘the heart and future of the community’. 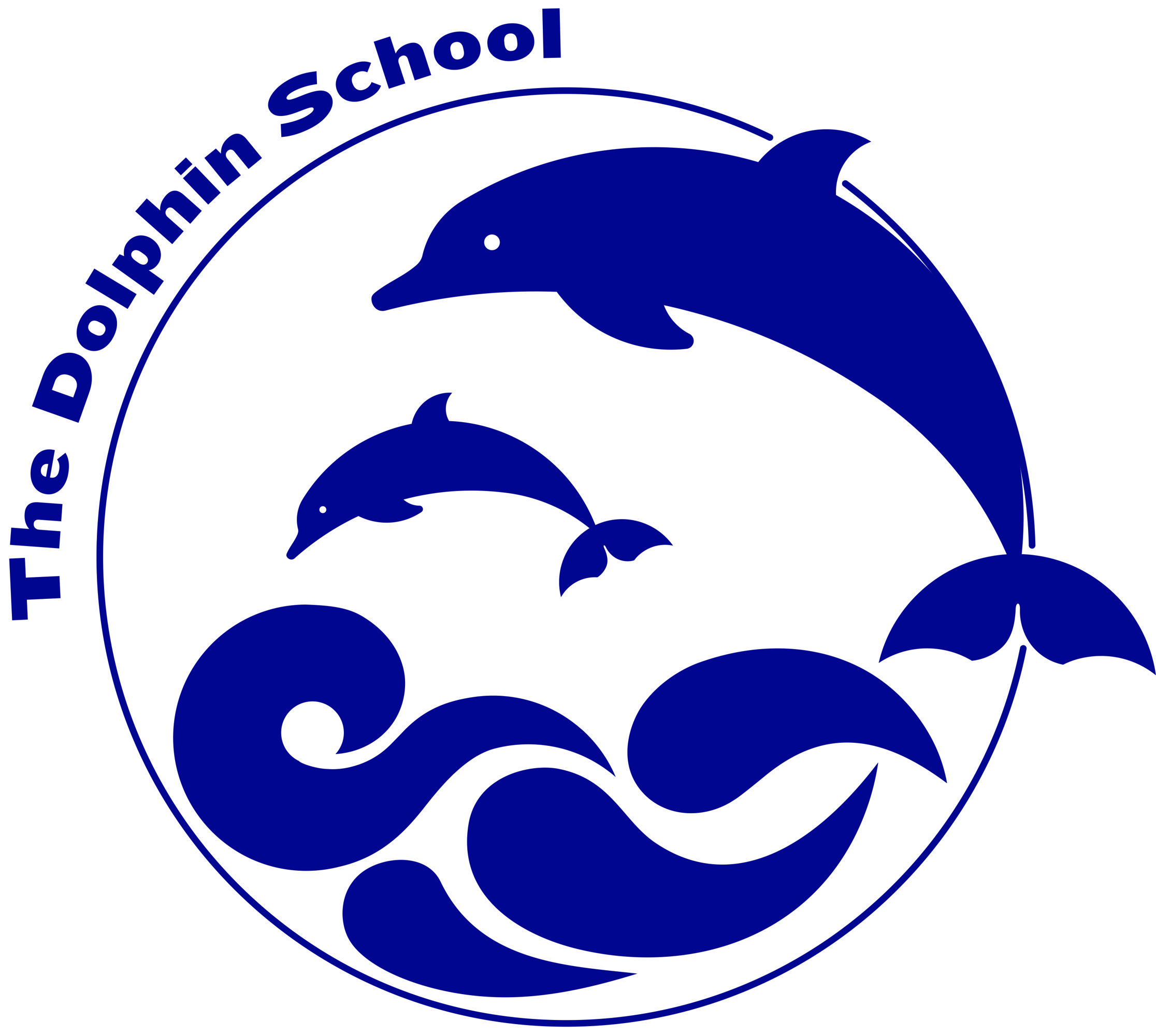 25a Bath Buildings, Bristol, BS6 5PT
0117 924 0517
Camilla Barrington - Support Services Coordinator and point of contact for key queries. To request a paper version of information on the website please email us as below
info@dolphinschoolbristol.org