Our School App Stay connected on the go...

The Dolphin School in Montpelier has revealed its new emblem, after the school community voted to replace its original emblem because the design echoed the Colston family crest. The decision came after a public consultation launched last September and a series of workshops with pupils exploring the questions: ‘what’s in a name?’ and ‘what’s in an emblem?’.

The new emblem was developed by accomplished local artist Michele Curtis, who collaborated with pupils from The Dolphin School throughout the design process. Michele is the founder of Iconic Black Britons, a community interest company, and the artist behind the Seven Saints of St Paul’s art project. 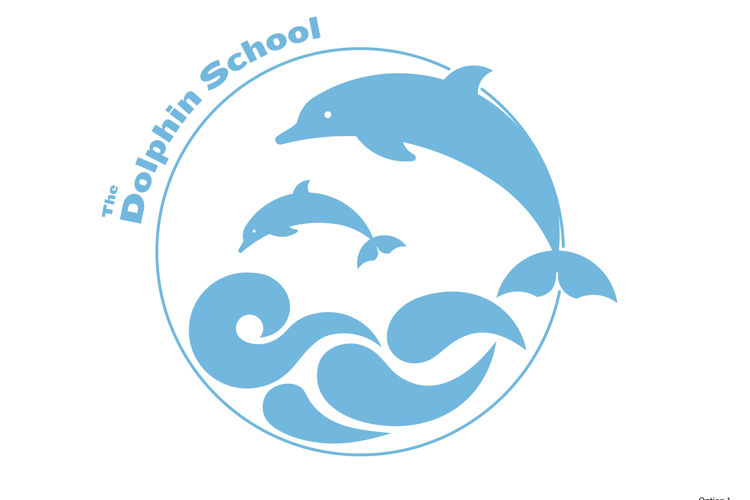 Over the past week, pupils and staff have been voting to select their new emblem from four different designs.

Vice Principal of The Dolphin School, Kate Jenkins, said: “This has been an exciting journey for the whole school and we are really proud to reveal our new emblem which allows us to move forwards with a clear identity. The children loved working with Michele on the design process and they were brilliant at articulating their ideas and justifying their opinions. Our new dolphin emblem represents the curious, intelligent and responsible nature of our diverse school community.”

The emblem’s designer, Michele Curtis, said: “The Dolphin School pupils are natural collaborators, they have so many great ideas which they feel confident to share, but they are also skilled and patient listeners, taking on board ideas and feedback from their classmates.

“Together we explored what the symbol of a dolphin means. The children wanted the emblem to show more than one dolphin because in the wild, dolphins live in pods to support each other, just as the members of The Dolphin School community support each other. However, the children also wanted the emblem to represent diversity so the circular shape represents our global community and the waves represent the diversity found in our oceans, reflecting the diversity of the school community where 46 different languages are spoken.

Year 4 pupil, Suhana, who has been working on the project since September, said: “Being able to vote on big decisions about the future of our school was exciting. I feel really proud of our new school emblem and I enjoyed helping to design it. Dolphins are curious, which is one of our school values.”

Chair of Governors, Lynn Robinson, said: “The entire name-change process has provided the school community with so many positive opportunities. Through the public consultation the school has further strengthened its relationship with the local community and the children learnt the importance of listening to a range of different opinions. The ‘what’s in a name/emblem?’ workshops in school encouraged pupils to consider the meaning of symbols, to explore Edward Colston’s connection to Bristol and the role he played in the transatlantic slave trade, and also to think about what a future emblem might say about them and the school.

“Pupils experienced democracy first-hand by voting to change the emblem in October and now by selecting their new emblem. They’ve also had the incredible opportunity of working collaboratively with a nationally respected artist. Revealing our new emblem might sound like the conclusion of this journey, but it is in fact the beginning of an exciting new chapter for all of us.”

Kate Jenkins concluded: “We have received so much encouragement and support from staff, families, governors, trustees and the wider community. I would like to thank everyone who has taken part in this process, especially the pupils of The Dolphin School who are the most wonderful ambassadors for our community. They embraced this project with a real sense of responsibility and they have shown respect for others at every step along the way, I am incredibly proud of them.”

The new emblem will be installed throughout the school and across all uniform in time for the new academic year in September. 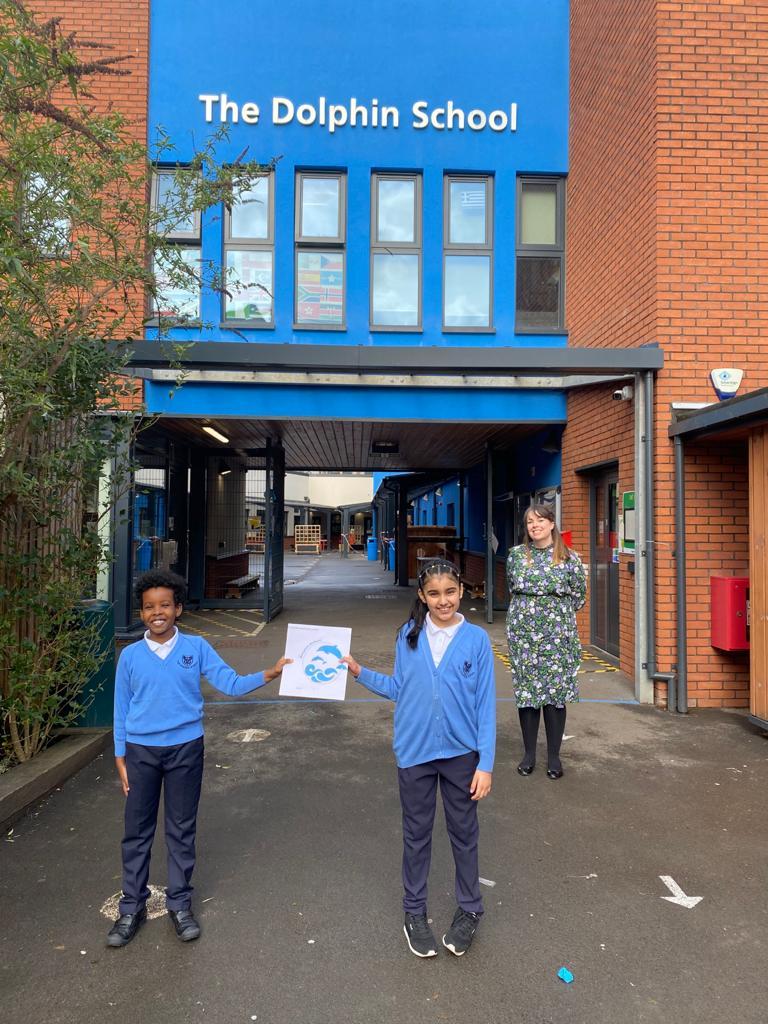 Pupils Ahmed and Suhana, both in Year 4, with Vice Principal Kate Jenkins, holding the new emblem for The Dolphin School.

Also in the News

Five Bristol schools compete in cross-Trust athletics event   Everyone was a winner at the first inter-school athletics event for Venturers Trust, held in May. Seventy Year 5 pupils from five schools took part in the day of sporting activity, hosted by Merchants’ Academy in Withywood and organised by Head of Sport at Venturers’ Academy, Ben Tier.   Pup...Read More

Ways to be Environmentally Friendly

25a Bath Buildings, Bristol, BS6 5PT
0117 924 0517
Camilla Barrington - Support Services Coordinator and point of contact for key queries. To request a paper version of information on the website please email us as below
info@dolphinschoolbristol.org